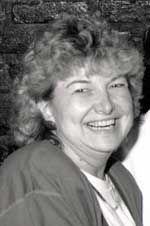 Kathleen Mears introduction to EEG was through on-the-job training as an EKG tech at Mills Memorial Hospital in San Mateo, CA. Believing that education was essential to advance neurodiagnostic technologists’ professional standing, she earned an Associate’s degree from the College of San Mateo.

Kathy’s energy and passion for neurodiagnostics was evident any time she was teaching, whether it was one-on-one with both technologists and residents, or when she was lecturing for large groups. She was a frequent speaker for neurodiagnostic associations at the local, regional and national level and was a John Knott Lecturer for Grass Instrument Company from 1981 onward. She served on Project Hope’s final voyage to Brazil in 1973 as the electroencephalographic technician responsible for training four students in EEG. Kathy was the catalyst for ASET’s hiring a technologist who would develop educational materials and expand the number of classes the Society offered to technologists. She served on the Task Force that led to the creation of ASET’s Director of Education position in 1990.

Kathleen Mears was an active volunteer on numerous other ASET committees and task forces, including the Training and Education Committee, Nominating Committee, Constitution and Bylaws Committee and Ad Hoc Job Descriptions Committee. She was a member of the ASET Board of Trustees from 1981 – 1983 and served as ASET President from 1985 – 1987.

Kathy was equally dedicated to the goals and endeavors of the American Board of Registration of Electroencephalographic and Evoked Potential Technologists (ABRET). Barely two years after she attained her registration certificate in EEG, she served as an associate examiner for ABRET. She was one of thirty-eight candidates who passed the first ABRET evoked potential registration exam in 1983. She was elected to the ABRET Board and served from 1987 – 1994, becoming chairperson from 1990 – 1993. At the time of her death in December 1994 when another car veered into her lane, Kathy had been working toward taking the registry exam for nerve conduction technologists.

Since 2005, the Kathleen Mears Memorial Fund has supported the Kathleen Mears Education Award. Neurodiagnostic programs accredited by CAAHEP are eligible to apply for the award, which provides a monetary sum of $500 divided into two parts. A sum of $300 is awarded as a scholarship to a student who is in his/her last half of an accredited neurodiagnostic program. Student selection is based on the essay/information provided by the Program Director. Criteria include academics and leadership, with a lesser emphasis on financial need. The remaining sum of $200 is awarded to the neurodiagnostic program to help provide an item(s) that will contribute to the success of the program, e.g., books, software, supplies, etc. In the award application Program Directors are asked to describe how they will use the award and how it will benefit the program. The ASET Director of Education sends out announcements and application forms for the Kathleen Mears Education Award each year to all accredited neurodiagnostic programs. For an application and guidelines, contact Linda Kelly, Director of Education.