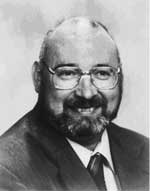 of his sister who had suffered a stroke. He entered the EEG training program at Phoenix College in 1978. After he finished the program, he was hired at St. Joseph’s Hospital in Phoenix. His intense interest in the field of neurophysiology motivated him to obtain a B.S. in psychology and a Master’s Degree in physiological psychology. John was always interested in moving the neurodiagnostic field forward in knowledge and understanding, and everyone who knew him know his first real love was teaching others what he had learned.

In December 1995, John Archibald was diagnosed with multiple metastatic brain tumors. His condition steadily declined and he passed away the following June. After his diagnosis, John’s many co-workers and friends at St. Joseph’s Hospital created a fund in his name. John subsequently requested that all donations be used to create an ASET scholarship that would reflect his desires: to support a student in an accredited neurodiagnostic training program to attend the ASET Annual Conference. The John Archibald Student Scholarship was established in 1996. The scholarship was first awarded at the 1997 annual meeting.

The John Archibald Student Scholarship is awarded annually to assist a student to attend the ASET annual conference. The award consists of cash for travel purposes as well as a waiver of the annual conference registration fee.

Approximately four months prior to the ASET annual conference, the ASET Director of Education mails  a letters and application form to the Program Directors of CAAHEP accredited neurodiagnostic training programs for distribution to students. Students complete the application and return it to the Director of Education by the stated deadline, along with a letter of reference from the program director. If a student is enrolled in a program at time of application, the award remains available even if a student graduates prior to the annual conference.

Completed applications are reviewed by a selection committee made up of representatives of the Directors Council for Neurodiagnostic Education, the ASET Foundation Board of Directors, and the ASET Director of Education. The scholarship recipient is selected based on the content of the application and letter of reference, and not solely on academics and/or financial need.

The scholarship is funded from the interest on the restricted fund established in the name of John Archibald and individual donations to the fund. The cash value of the scholarship is determined annually based on the availability of funds. 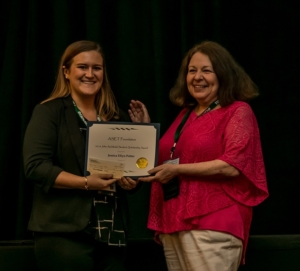 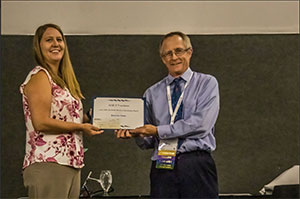